In the last 15 years, 26 discs, 2 concerts on DVD, a resume, 6 concerts on television and countless concerts and tours?

You can play anything on a flute – says Eszter, who is often called the Queen of Flute.

During her career she worked with such world-famous musicans like Al Di Meola and Natalie Cole.

The audience and the critics also applaud her exciting and fresh take on cross-genre music, her exceptional musicanship, and her charming and moving performances.

Beside the classical standards, she is constantly working on an ever-widening cross-genre repertoire. The virtuoso flutist can confidently use the language of classical, jazz, and latin music. Her intention is to establish the flute as a modern solo instrument by writing new flute music.

She creates arrangements from the works of the greatest composers like Vivaldi, Bach, Verdi, Puccini, Bizet, Bernstein or Gershwin.

Eszter’s carismatic and compelling personality combined with her outstanding musicanship inspires new and better concert works from year to year, and this makes her one of the most sought-after solo musicans in the world.

Since 2000 she constantly tours with various shows, and in a year usually has about 100 concerts in Hungary and abroad: from Rome to Ljubljana, across Mexico and Mauritius.

In 2003 herspecialadaptationof Bizet’s Carmen was premiered in front of 10.000 people in the Budapest Sport Arena. The Show brought international recognition for Eszter.

In the past 15 years she has recorded 26 CDs, 2 DVDs and published an autobiography. Six of her concerts were broadcasted nationwide on the Hungarian National TV Network.

Arts had a big influence on Eszter’s life since her childhood. Her mother, the writer Júlia Levendel, and her father, the poet Béla Horgas made music a part of her life.

Eszter finished her studies in 1992 at Franz Liszt Academy of Music, and was immediately appointed as the head of woodwind faculty at the Leo Weiner Conservatory.

At the Liszt Academy she learned under Lóránt Kovács and Erika Sebők. She learnt chamber music under prof. György Kurtág and prof. Ferenc Rados.
At the age of 20 Eszter was granted scholarship for András Adorján’sflutecourse in Switzerland, and later attended a master course of Jean- Pierre Rampal.
She performs in concerts across Europe since she turned 20. As a soloist she has played with the Franz Liszt Chamber Orchestra, the Budapest String Orchestra, the Amadinda Percussion Band, the Bartók String Quartet and the MÁV Symphony Orchestra. 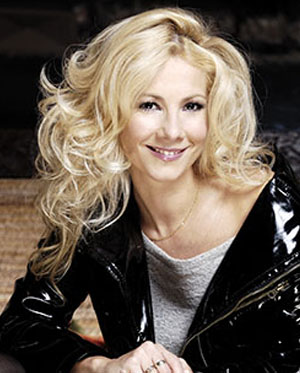