Young violinist, actor and performer who graduated from the Liszt Ferenc Academy of Music in 2010. He also plays in several bands, including InFusion Trio, Half Kingdom, Whiskey Music, and Jazz, Rock and Crossover.

Already during his university years, he tried new forms of expression with his electric violin. With his performances he worked to expand the conceptual boundaries of music.

The InFusion Trio play songs that have been previously known with surprising arrangements.

He is often present at Random Trip concerts as a guest where famous artist are playing together with improvisation.

Since 2005, he has been playing the electric violin, his solo program is featuring various effects and a looper pedal to play full orchestral live. He is currently acting as an actor-singer in the Fiddler on the Roof.

It is important for him to build a new community brand, in part summarizing his work, and partly experimenting with something new that he shows in his live performances. 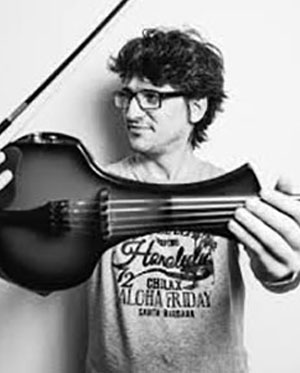